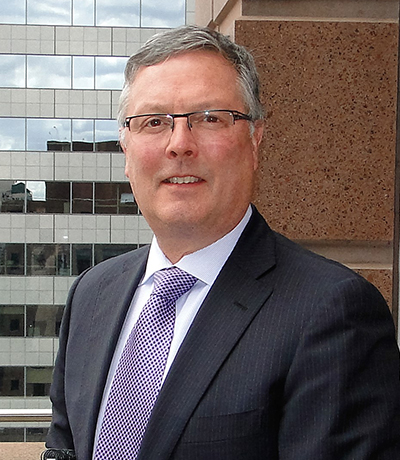 Craig has over 20 years of executive search experience and 25 years consulting experience. He has an extensive track record of leadership and completing global assignments for a range of C-suite executives in a variety of industries, including mining and resources, transport and logistics, manufacturing, insurance and funds management, entertainment, sport and gaming and casinos. He is well known in the international gaming, wagering and casino sectors in Australia, New Zealand, Asia, United Kingdom and in the major jurisdictions in the United States. He is also well known to many senior business leaders in Australia through his work over the past decade on high profile company changing global assignments. He has also worked extensively in Africa and South America, but primarily in the mining sector. In addition, he has a range of experience in senior level executive assessment and succession planning as well as corporate governance-related advisory. Earlier in his career, Craig worked as a strategy consultant with a high value strategy consulting firm, specialising in Value Based Management. Prior to that he worked in a technology role for IBM.

Craig received his B.Eng. in Industrial Engineering from The University of New South Wales and his M.B.A. from the Australian Graduate School of Management (AGSM) and the Stern School of Business (NYU). 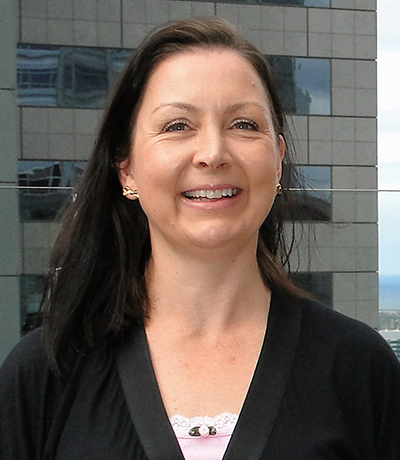 Sally-Anne is Melbourne based and has an international career having worked and lived in Asia and North America. She has worked with tier one global organisations spanning hotel management, human resources, executive search, talent management and succession planning.

She is an experienced senior researcher specialising in market mapping, talent identification, organisational structure and company research of C-Suite Executives and Non-Executive Directors. She works across different industry sectors although has a strength in Industrial, Mining, Logistics and Hospitality and Casino and Entertainment sectors.

Prior to Mahony Global Consultants, Sally-Anne has worked as a Senior Researcher in two international top tier search firms. She has extensive global executive search experience as well as domestic search for Non Executive Directors. Her previous corporate roles include human resources functions in shared services at WMC Resources and Remuneration and Benefits Information Services with the Hay Group.

Sally-Anne has a Bachelor of Social Science Swinburne University of Technology and a Diploma in Hotel Management from The Australian College of Travel and Hospitality. 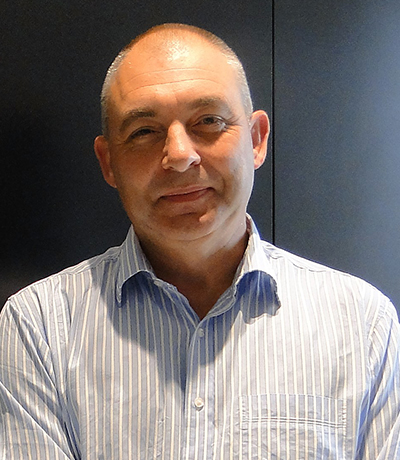 Alan brings 25 years experience in the finance field to Mahony Global Consultants. His most recent industry experience is with small business/import, retail and project construction and executive search. Alan began his working life in a Chartered Accounting firm then moved into the commercial arena. He spent 10 years in the mining and construction industry with CSR and six years in the warehousing and logistics industry with P&O. He is a Certified Practising Accountant and holds a Bachelor of Accounting and an MBA 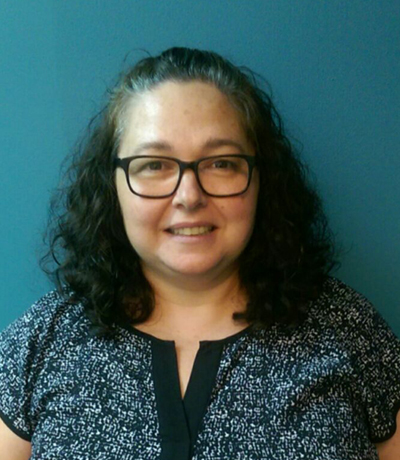 Kylie has 15 years experience working within office administration roles, 8 years of which have been within recruitment and search organisations in Melbourne and Sydney. 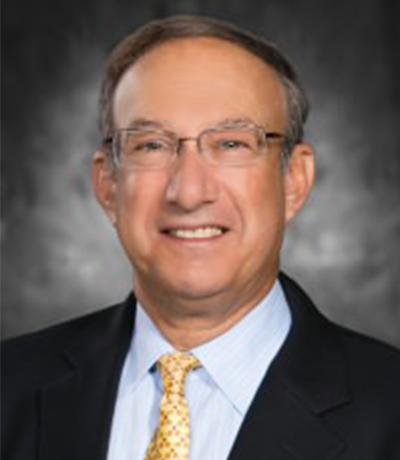 Fredric Gushin founded Spectrum Gaming Group in 1993 after working 13 years for the New Jersey Division of Gaming Enforcement, where he was promoted to Assistant Director and Assistant Attorney General. At the DGE, Gushin oversaw for the State the openings of 12 Atlantic City casino hotels and managed civil and administrative litigation before the New Jersey Casino Control Commission. He has personally argued more than 50 cases before the Commission.
Gushin has worked with a variety of private-sector and governmental clients since founding Spectrum. He has advised private casino developers on operational and management issues and provided gaming expertise to a number of gaming jurisdictions over the years. He also served as a Commissioner with the Oneida Indian Nation Gaming Commission that regulates the Turning Stone Resort Casino near Syracuse, NY.
Gushin has worked with private sector clients throughout the United States, the Caribbean, South America, Asia and Europe on a wide range of issues. As Assistant Director and Assistant Attorney General of New Jersey’s Division of Gaming Enforcement, he oversaw all compliance related issues regarding New Jersey’s multibillion-dollar gaming industry including security and surveillance, development and compliance with accounting and internal control procedures and development of emergency plans to respond to incidents occurring in casino.
With Spectrum, Gushin has led engagements evaluating casino operations for compliance for private sector and governmental clients. He is a member of the Gerson Lehrman Group Council of Advisors, a global network of experts and industry professionals.
Gushin received his BA from the American University School of Government and Public Administration in 1970, his Juris Doctorate from Rutgers University in 1973, and his Masters from American University in 1979. 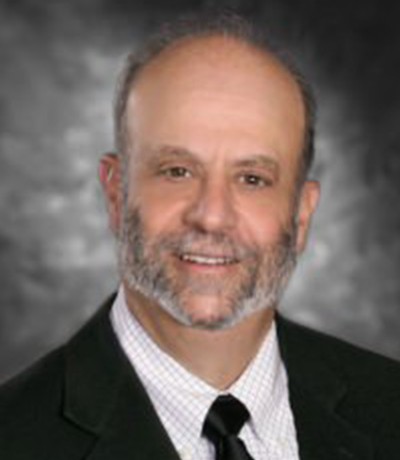 Michael Pollock oversees a broad portfolio of Spectrum services, including policy and impact studies for country, state and local governments, and financial and market studies for private-sector clients.
Pollock began analyzing the casino industry in 1978 and served as spokesman for the New Jersey Casino Control Commission from 1991 through 1996. He was a close advisor to the chairman, and oversaw the Office of Legislative Liaison. During this period of rapid deregulation, his charge was to maintain public confidence in the integrity of the regulatory system.
Pollock is the author of the award-winning book, Hostage to Fortune: Atlantic City and Casino Gambling, published by the Center for Analysis of Public Issues in Princeton. This book examines the impact of casinos on Atlantic City and New Jersey. He has testified before the International Tribunal at The Hague, the World Bank in Washington, DC, the U.S. Senate Indian Affairs Committee and the U.S. Senate Select Committee on Indian Gaming, and has been a featured speaker at the Congressional Gaming Caucus, a group of U.S. House of Representatives members from gaming jurisdictions. He has also testified before several legislative committees in the United States.
He has led Spectrum economic analyses in markets ranging from various locations in Europe to Pennsylvania, Louisiana and Indiana to Guam, Korea, Massachusetts, Illinois, Florida and Connecticut.
Pollock has won 20 journalism awards, and is the former editorial page editor of The Press of Atlantic City. Pollock is often cited by national media outlets, including The New York Times, Star-Ledger, BBC, ABC News and National Public Radio.
Pollock earned his MBA, with high honors, from Rutgers University, and has served as a member of the adjunct faculty of New York University, Rutgers University and Richard Stockton College of New Jersey. 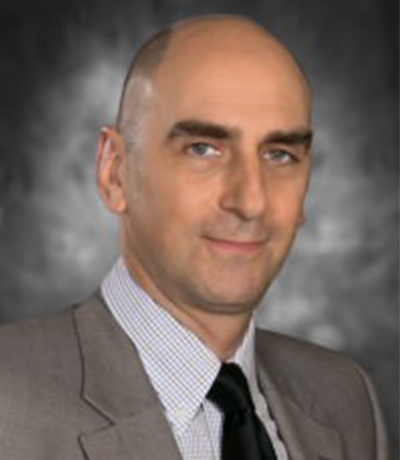 Paul Bromberg has been overseeing and conducting investigations in Asia since 1988. During this time, he has worked closely with various government and law enforcement departments. He has undertaken numerous surveys and due diligence investigations for many international gaming and corporate clients.
Mr. Bromberg was formerly Director of Research for Kroll in Hong Kong before founding the specialist investigations firm, OVG International Ltd. He served as a Director of the Asian operations of Armor Holdings, Inc, a NYSE listed security and investigations firm, that acquired OVG International in June 2000, before co-founding Spectrum Asia in June 2003.
Mr. Bromberg is a recognized expert on Chinese and Southeast Asian business affairs. He speaks regularly at gaming and risk advisory conferences, and is often quoted in local media and news publications. He has had numerous articles published in various industry publications. He is also a contributing author to “Casino Industry in Asia Pacific”, published by The Haworth Hospitality Press in 2006. Mr. Bromberg served from 2006-2013 as a member of the Conference Advisory Board for Global Gaming Expo (G2E) Asia.
Mr. Bromberg has a B.A. (Honours) degree in Modern Chinese Studies from the University of Leeds, England.
He spent several years conducting research at Fudan University in Shanghai and at Xiamen University in Fujian Province, China.